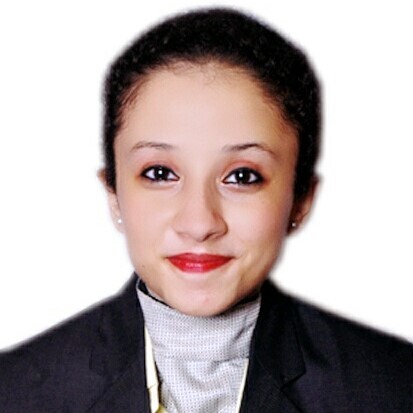 Eva is working at Taj Mahal Hotel, Mumbai in the capacity of Restaurant Manager. Despite having the intent to volunteer for a long time, the lack of time, and busy professional schedule always stopped her from engaging in such activities. However, with this cycle of ProEngage moving completely online, along with the fact that she was working from 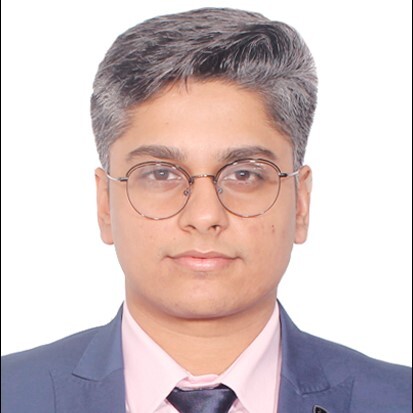 Currently serving as Assistant Manager at Taj Mahal Hotel, Utkarsh’s passion for volunteering started in his early days through school community outreach programs. Having volunteered during the previous ProEngage cycle, Utkarsh understood how important it is to commit to a project that allies with his passion and skills. For this edition, he shortlisted projects that were compatible with his skills and deeply connected to his passion - education, and ended up applying solely for this project. 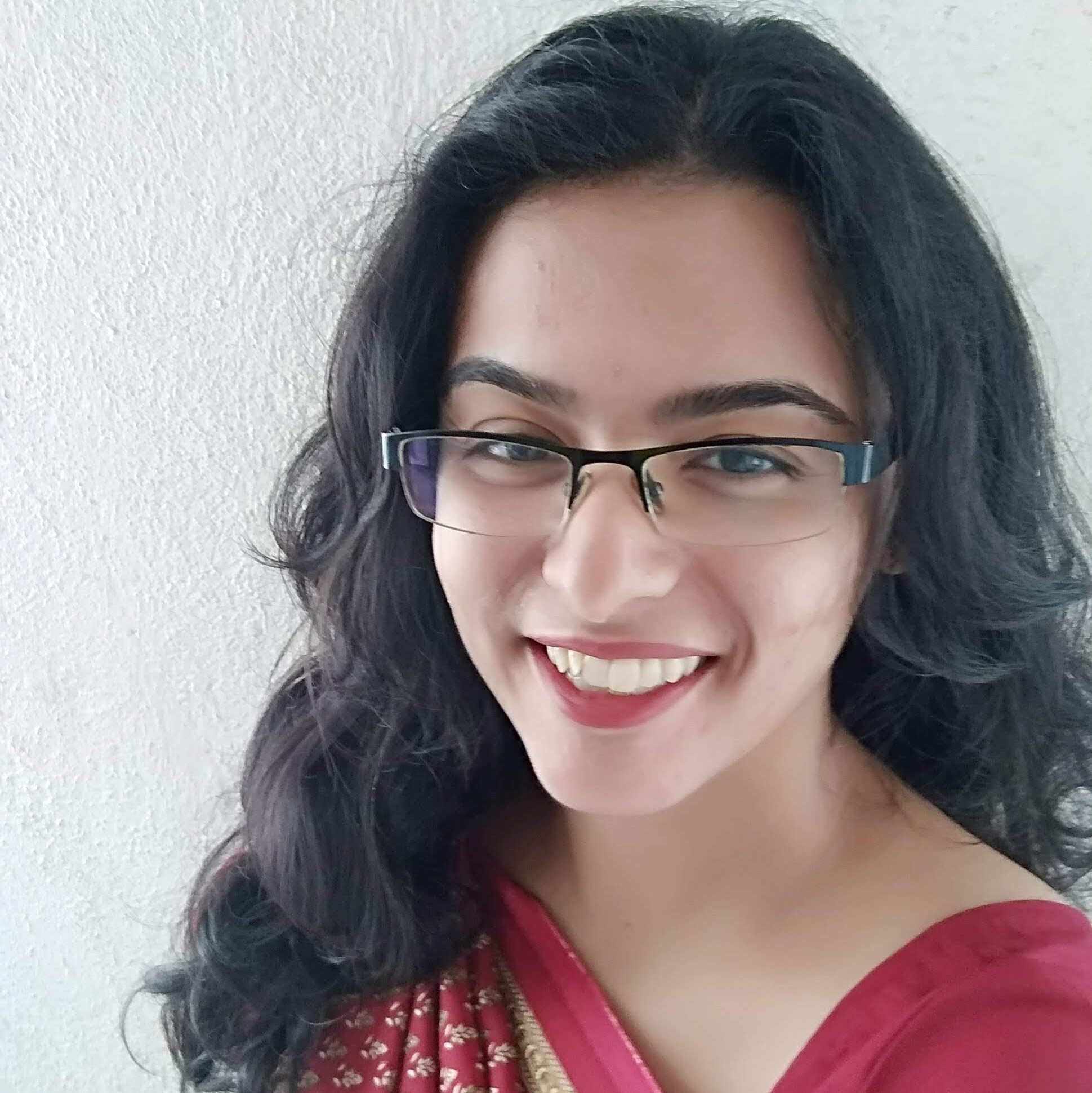 Vathsalya Charitable Trust was founded on June 28, 1988, as an adoption agency, focused on Family Strengthening. Since 2014, their focus has moved towards helping children from vulnerable communities by establishing three verticals - Child Development Centre, Education Sponsorship Program and the Income Generation Program. At Vathsalya, a child’s entire education cycle is looked after, starting with preparing children under the age of 6 years for school to helping older children receive quality education. The focus extends to beyond just the students - they work with the mothers of the students in skill building and getting jobs. The organization emphasizes strongly on the role of the family in the child’s development, and hence also offer guidance to them via counselling.

Vathsalya Charitable Trust is currently working with more than thousand vulnerable children spread across 23 schools in Karnataka. The organization is aware of some of the issues their students may be facing, however, it is often difficult to uncover some of the sensitive issues. As explained by Marianne, the Project Manager “We know some of the issues being faced by the children, but needed to dig deeper and didn’t know how to appropriately convert our ideas to an online survey to be able to collect accurate information. We hoped to get volunteers who are skilled in it.”

This clarity from the NGO’s end is what really attracted Utkarsh, who says: “In the first conversation itself, I felt the NGO had a very clear vision of what they wanted and a strong logic and rationale behind it.” They prepared a presentation, detailing their goals and expectations in a very structured format, which they sent the volunteers to refer to. “Because of the clarity,” Utkarsh states, “creating the project tracker was very easy.”

Similarly, Eva was also pleasantly surprised at how involved the NGO was in the project. The NGO would follow up with them every week, and communication channels were always open. “This is something I haven't seen before,” she says- “ The fact that with all their professional commitments and personal lives, they were still as immersed with the project as we were really kept me motivated.”

Next the volunteers started to work on the best way to create and present the survey. As they understood the challenges the students might face, Utkarsh decided to consult his sister, a professional Psychologist to gain insights into how to communicate appropriately and ask the children sensitive questions indirectly.

As a result the volunteers created 3 versions of the survey. The first was completely text based and the second included text and audio recordings of the questions to assist those students with weak reading comprehension. The last version of the survey included short videos explaining each topic before the question to help the students further understand each situation.

Utkarsh and Eva went so far as to connect with their colleagues to create these recordings, so that they did not just have one voice that would become monotonous for the students filling them up! Marianne states: “Eva and Utkarsh performed the project way beyond expected. It was not just a task to do, but it displayed passion for the cause. The volunteers were the ones who came up with the idea of creating multiple versions of the survey. They took the effort to consult an external family member as well as in animating parts of the videos, and getting colleagues to narrate the stories. They did so many things beyond what was asked for. The survey is great because it caters to all the types of students thanks to the effort Eva and Utkarsh put in.”‍

The main challenge faced by the volunteers was creating a survey in the language that would be understood by all the students. While the original plan was to just create it in English, as Eva and Utkarsh interacted with the NGO and learnt more about their students it became increasingly clear that the children would prefer a survey in their mother tongue Kannada, a language that the volunteers had no exposure to.

This however did not prove to be a deterrent for Eva or Utkarsh, who simply doubled down on their efforts to get the questions and videos they were creating translated into Kannada. As with other tasks that were beyond their capabilities, Utkarsh decided to reach out to his batchmate, who graciously took on the task of translating the survey.

Eva’s reasoning for persevering with the project is simple. “If we had not translated, it would not have the reach we wanted. The point was that it reaches all the children. We wanted to make sure it reaches every single child in need, which is why we worked on every aspect. Even if we miss 1 out of 100, it might be a huge loss and the suffering of the person may not be noticed.”

“They were the perfect volunteers,” remarks Marianne. “It was one of those rare instances, they did their homework really well, and they were willing to go an extra mile to ensure the project’s success. Us having a common interest and them having the skill we lacked made a huge difference. They could place themselves in the position of the students, and this made the survey so well rounded. It was not just technical assistance they provided."

With regards to the benefits of volunteering, Marianne says: “We might be stuck in a certain way of life, be used to one kind of environment. Volunteering lets you see the flip side of the issue. It makes us better people, more informed people and forces us to look at the issue someone else is facing. Besides, you'll realise how important your skill is. A skill you take for granted could be so important for somebody else. Volunteering helps us see this from a different perspective, it helps us learn and grow more.

“Volunteering is not about me doing everything,” says Utkarsh. “It is also me trying to create that mindset for everyone around me. This project reaffirmed my belief that I can help people, even though I may not have all the resources in the world. If I have taken a project up, I want to follow through. The lack of resources is not the challenge. It is a roadblock to overcome if you are determined enough.”

Referencing the help and guidance he received from peers he states “Volunteering used to be more individualistic, now the more people involved in the cause the more impact. Once I reached out to my batchmates for help, we had more volunteers to narrate than questions to ask. The project was not just my doing. I feel I brought the concept of volunteering to my friends.”

For Eva, the impact the project has had on her is great. She states: “It really helped me in thinking about a lot of issues that I did not proactively think about before. More than making a change in me as a person, it changed the way I think. As we were creating the survey it made me realise the importance of being mindful about my behaviour and increased my empathy”