The aim of the project was to create a logo for the NGO that represents the causes they work for, which could be used for the branding and promotion of the organization.
Volunteer 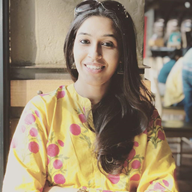 Serving as the Senior Manager HR at the West Bokaro division of Tata Steel, Shreya has been volunteering since her MBA days, where she worked alongside CRY. Her responsibilities include taking care of the entire life cycle of the employees in her division. This made her an ideal candidate to work alongside an NGO due to her well developed interpersonal skills. Shreya has always had a knack for arts and crafts and loves to spend her weekends painting, thus the logo designing project on the ProEngage platform caught her eye. As someone who believes “One should always be a student”, she wanted to invest her free time in personal development while creating an impact, and taking up a ProEngage project fit both criteria. 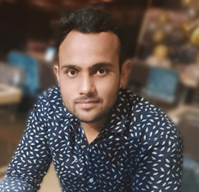 Mayank is currently working in the capacity of Scientific Business Ambassador at Inzpera Health Sciences. This project was his first foray into the world of volunteering. Having previously done freelance work in the fields of digital marketing and graphic design, the logo designing project for Marpu foundation checked all of his boxes in terms of how he could contribute to the project. Mayank’s reasoning for taking volunteering was clear - he possessed certain skills that he wanted to utilise to help society. At the same time, he also wanted to test his capabilities, to see how useful they are when applied in different fields, and how they could be put to use for the benefit of an organisation like Marpu 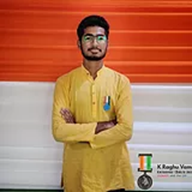 Founded by Karmaveer Chakra Awardee Raghu Vamsi, Marpu Foundation is an entirely student and youth run organisation. Youth empowerment through community services is one of the major drives at Marpu, their goal being to make today's youth more socially responsible. The organisation undertakes various initiatives including campaigns and sessions on empowering adolescents, classes on life skills for schools, tree and heritage site preservation projects. During the Covid-19 pandemic and subsequent lockdown, the team at Marpu took on the responsibility of feeding the needy, by providing more than 16000 meals across the city, and then further extended their services to providing masks and sanitisers as well as conducting several safety awareness sessions across the state.

“Creating an identity is a very important factor for any organization,” says Raghu while explaining how the need for the project arose. The logo is one of the first things that comes to mind when someone thinks of an organization, and hence it was very important to the team at Marpu to have a logo that accurately represented the work they do and the impact they create. Raghu was in fact already looking for graphic designers online, when Chezuba reached out to them to participate in the ProEngage volunteering program. He felt that professional, skilled employees from Tata companies would be best suited to help him create a strong brand identity through logo designing.

The project execution itself was a very smooth and quick process according to the volunteers. Shreya created a WhatsApp group so all of them could be connected on a regular basis. Once they completed their initial discussions with the NGO to understand their vision for the logo, Mayank and Shreya would spend 4-5 hours every week working on various designs. As Shreya did not have much experience with digital art, she would work more on ideating the design and creating it using pen and paper. Mayank simultaneously, using his experience in the field, would work on creating the logo digitally as per the NGOs expectation.

The volunteers ended up creating more than 40 samples of the logo before the final choice was made. Once the NGO had approved of the design, the volunteers got to refining it, and the project was successfully completed within a month of starting. “We were diligently working every weekend and our communication was robust” they said, attributing a large part of the success to the smooth communication between co-volunteers. “It was fantastic teamwork. We balanced each other out. Whatever one lacked , the other would fill in and vice versa.”

“Initially there was a hiccup. We couldn’t clearly understand what the other party exactly wanted,” Shreya shares. It took some time to get clarity on the NGO’s requirement, and they were having issues getting the NGO to finalise on the type of logo and design. However, Shreya, making use of her HR and interpersonal skills, coordinated with Raghu so she and Mayank could get a clear picture of the final deliverable expected. “Otherwise, It was a fantastic journey, no hiccups after that at all,” she explains.

From Raghu’s side, the challenge was of a different nature. “It's hard for someone like me to work virtually. It was difficult in the beginning to follow up and discuss because I am a person who gets things done offline and in-person, but this was a completely different experience,” he admitted. This was solved by creating a Whatsapp group for all participants, so they could keep in touch regularly, and respond to each other immediately, rather than sending emails back and forth.

According to Raghu, the volunteers have done a great job creating the logo, and the design submitted has been of great value to Marpu Foundation. “The logo design was excellent. We used these logos on our banners for various events conducted by the organizations and pamphlets about us.”

The response from the rest of the Marpu team was also very positive. “My team was very happy about it. It definitely helped us in creating a clear identity of our organization,” he says.

He also urges all corporate employees to give volunteering a go. “Employees should really try this once and see if they like it. Once they actually speak to the NGO and understand their requirements, they will definitely want to continue. Organisations such as ours are always growing, and the need for volunteers such as Shreya and Mayank is always there!”

“This project was something I was personally interested in,” says Shreya, and this is what motivated her to keep working on the project despite any issues faced. “You have to come from a school of thought that this project will benefit society in the long run - for the development of the nation. Of course there will be issues- but you have to put in hard work and effort to make things successful.” In addition, she was really able to learn more about graphic designing and apply her newly learnt skills while using applications that were previously foreign to her.

Mayank echoes her sentiments and adds on “Before ProEngage I was little doubtful about working with the NGOs but after this project I have the confidence and trust to work with them. Previously, I was not even interested in working with NGOs, but after this experience, I want to keep at it, working on small projects like this. It does not take much time or effort, but it saves the NGO a lot of time and expenses.”